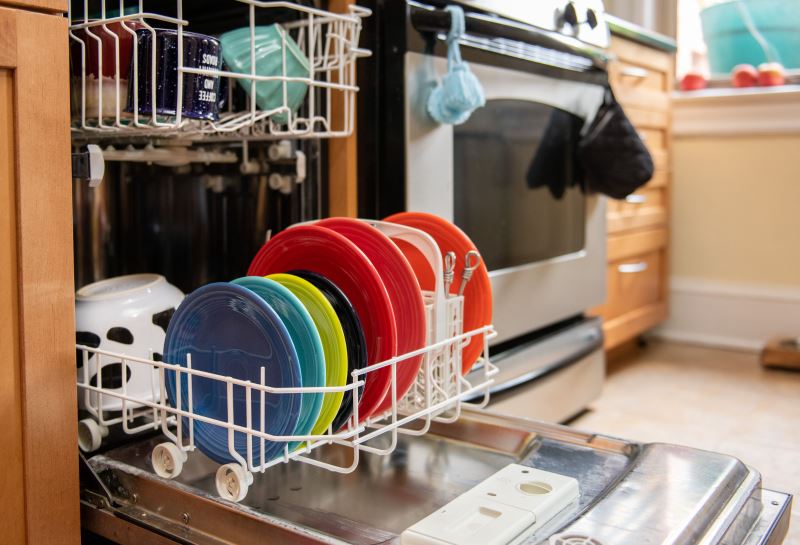 It is vital for both your dishes and your dishwasher to learn to distinguish between dish soap and dishwasher detergent. If you’ve never actually experienced the consequences of mistaking one for the other, you may still read on to learn the clear differences.

Suds and Bubbles: Unlike detergent, even the smallest drop of dish soap can already produce suds. These are good when you’re washing your dishes by hand, but extremely bad when you put it in the dishwasher. All these bubbles can easily make their way out of your dishwasher and flood your kitchen. This is why dishwasher detergent is made to be suds-free.

Cleanliness: You may be lucky and not have to deal with a slippery wet floor caused by your suds-leaking dishwasher, but regardless, using dish soap still won’t work anywhere near as good as proper detergent. Your dishes will remain speckled with dirt which will force you to either hand-wash them after the fact, or run them through the dishwasher a second time. Which, by the way, would be a waste of water and thus, also money.

Now, just because detergent is better for your dishwasher, doesn’t mean hand-washing your dishes with the stuff is the way to go. Dish soap forms suds which make it easier to portion as you fill up the sink and detergent can also leave a slippery film on your dishes if you don’t wash them off enough which may force you to waste a lot more water than you otherwise would have.

So you messed up and got dish soap in your dishwasher and now you have a serious suds-problem. Sometimes, running your dishwasher again is enough to clean it out, but other times, the suds may be stubborn and you’ll be forced to clean the dishwasher by hand. Starting with a small contain or wet-dry vacuum, you can get rid of the worst of the suds. Following this, you can pour half a cup of white vinegar and a thick layer of salt on the bottom of the dishwasher to soak up the rest of the suds. Also dry the sides with a towel and don’t, seriously: don’t, forget to wash out the soap dispenser; otherwise you may have to deal with more suds on the next run. But once all this is done, you can run the dishwasher again so the rest of the suds can dissolve. If that does not work, call in the appliance repair expert in Ajax.

The liquid form mixes better with water and spreads more evenly. Detergent on the other hand is best used with warm water. However, you will need equal amounts of each. It also important to note that liquids can build a film on the inside of your dishwasher which can lead to corrosion, though these deposits are easy to remove once spotted. Once you’ve memorized these differences, you will hopefully do right by your dishes and appliances in the future.