How To Lower The Rate At Which Lint Accumulates In Your Dryer’s Vent? 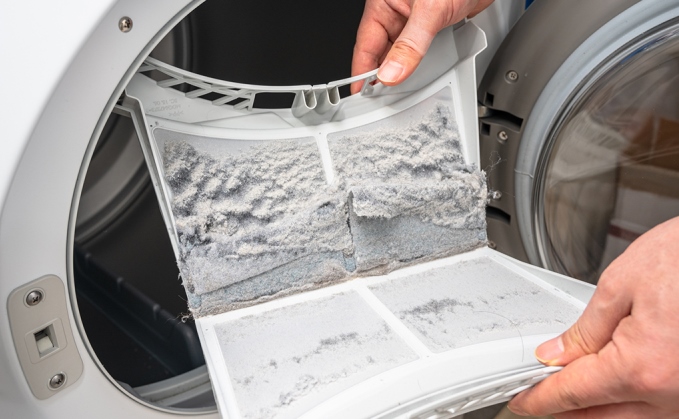 In a dryer, as garments and linens get tossed in a dryer, hot air passes over them. The moving air works to guarantee completion of the drying process. Unfortunately, the same air can catch a good deal of lint. That same lint then makes its way into the dryer’s vent.

If every piece of lint worked its way through the tubing and came out at the other end, no experts on safety would issue repeated warnings to homeowners. Unfortunately, some of the fibers get stuck onto the tube’s walls. As the temperatures rise, those combustible fibers can ignite and start a fire.

Take all the lint off of the lint screen before attempting to dry any load. Pick the lint off; do not bang the screen on the side of a waste basket. That could bend the lint-catching device, so that it would be unable to carry out its expected function.

Inspect the exterior end of the venting tube while a load is drying; check to see if there is any air coming out from the inspected opening. Invest in a venting tube that has been constructed from the ideal materials.

What materials should be used in the venting tube?

Use a corrugated duct, one that contains non-combustible materials. A semi-rigid metal venting tube is better than a plastic one. Of course, pay attention to the type of metal used in that same tube. It should be aluminum, and not steel. Steel can rust. A semi-rigid metal can be used during construction of the corrugated tubing. That corrugated surface provides the air-carrying channel with a larger amount of flexibility.

Do not use plastic, because it increases the chances for a fire. Moreover, plastic can become brittle, after it has undergone repeated exposures to heat. Once the vent tubing cracks, it lacks the ability to carry out its intended function.

How a homeowner benefits by paying attention to the dryer’s venting tube?